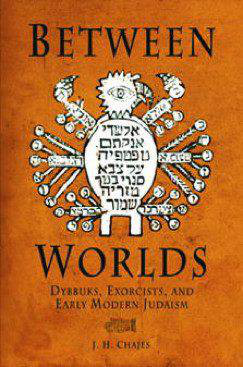 In its column FIVE BEST, the Wall Street Journal named Chajes's 2003 Between Worlds as one of the five best books ever written on the subject of spirit possession – alongside Aldous Huxley's classic Devils of Loudon.

The book, written by Dr. Chajes from the Department of Jewish History, reveals that, as demonic possession reached epidemic proportions in 16th- and 17th-century Europe, Jewish communities were also seeing a revival of the phenomenon.

The symptoms bore many similarities to those manifested by Christian demoniacs, but the Jewish variant was attributed to dybbuks , or the souls of the dead returning to inhabit the bodies of the living. Christian theologians had condemned this belief, which can be found in Hellenistic sources of the Hebrew Bible, but Jewish scholars of the cabala revived it in the 12th century as part of the doctrine of the transmigration of souls. Chajes's description of the magical techniques that rabbis used to exorcise these disembodied spirits reveals striking similarities between Jewish and Christian practice.

Chajes's book was the only work among the five that explored spirit possession in Judaism. Because of the book's comparative approach and  sophisticated methodology, it has proven to be of great interest to scholars in many disciplines beyond Jewish studies.