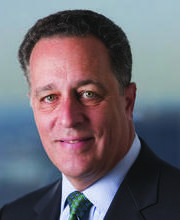 Brad Bloom has spent his entire life in the Boston, MA area.  He earned his A.B. in economics from Harvard College and M.B.A. from Harvard Business School as a Baker Scholar.  During his first visit to Israel, Brad was a volunteer at Kibbutz Beit Oren near Haifa.  In 1973 he left Harvard and volunteered for 6 months on Moshav Dikla in Northern Sinai at the outset of Yom Kippur war.

After graduating from HBS in 1979, he entered the private equity industry, and in 1986 Brad cofounded Berkshire Partners, a leading private investment firm.  Berkshire has raised nine private equity funds with more than $16 billion in aggregate capital commitments and manages a marketable securities fund, Stockbridge Investors, with over $3.0 billion of capital.  Berkshire’s limited partners include leading institutional investors from around the world, including university endowments, foundations, insurance companies, and sovereign wealth funds.  Brad served as a Managing Director for over 30 years and is now a Senior Advisor at the firm, and has served on more than 20 corporate boards.

In 1989 he was one of the founders of the Boston-Haifa Connection (“BHC”) which was founded to allocate Combined Jewish Philanthropies’ (“CJP”) funds directly to Israel to support the absorption of Soviet immigrants.  CJP is Boston’s federation of Jewish charities, founded in 1895.  The BHC was unusual at the time in that it consisted of collaborating committees in Boston and Haifa, organized as equal partners in addressing areas of common interest.  Shortly thereafter he joined the Board of Directors of CJP, eventually chairing CJP’s board from 2009 to 2011.  CJP currently has an operating budget of $50 million and over $2 billion in total assets, including donor advised funds.

Through the Boston-Haifa Connection and a wide variety of other non-profit organizations, Brad has supported a diverse range of organizations committed to strengthening Israel’s society, economic prospects, and promoting Israel’s image as a vibrant Jewish democracy worldwide.  A few examples of his more active participation are iTrek, MAOZ, and Our Generation Speaks.  He is also very familiar with modern Israeli history and its venture and business communities.

Brad currently serves on the Finance Committee of the Harvard Corporation, the Governing Board of Harvard University.  The Finance Committee oversees all financial aspects of Harvard’s operations and balance sheet.  Brad previously served on two advisory committees advising the Corporation on the development of approximately 300 acres in Allston, MA.  He also served on campaign committees and various other alumni roles throughout the University.

In the education sector, Brad is also a former President of the Board of Trustees of Milton Academy, a K-12 school for boys and girls founded in 1798.  He served on Milton’s Board of Trustees for 11 years, 6 of them as President.  During that time the school created a long-term strategic plan, streamlined its governing structure, created an atmosphere of transparency, and strengthened its budgeting controls and financial position.  It is currently completing a $175 million capital campaign.