The biological process of identifying the specific function of a receptor takes many years. A new method developed by Dr. Judith Somekh significantly shortens this time period. Since many drugs today operate by activating or blocking receptors, the new method can substantially shorten the process of drug development. 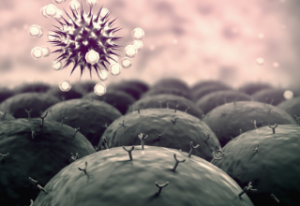 A new study published in the prestigious Scientific Reports journal uses Data Science analysis methods to discover the function of various receptors located on the membrane of cells in the human body that are responsible for intercell communication. “At present, in order to discover the functions of various receptors, a biological study must be conducted, and this can take multiple years. The new method, based on network analysis of tens of thousands of values for gene expression, successfully predicts over 90% of the metabolic functions of different receptors, some of which were previously unknown”, explains Dr. Judith Somekh, the author of the study, from the Department of Information Systems.

A receptor is a protein that is usually found on the membrane of the cell and connects to a dedicated ligand – a small molecule that expresses a chemical signal that the cell is programmed to receive and respond to. The function of a receptor is in receiving and stimulating a cellular response to this external information. A receptor-ligand binding starts a cascade of cellular responses, for example – the insulin to insulin-receptor binding stimulates sugars absorption from the blood flow into the cell following a meal.

There are various types of receptors such as growth and metabolic receptors, immune-related receptors and others. According to the researcher, many drugs are based on the perturbation of “information” transmission to the cells by activating or blocking the activity of various receptors. Accordingly, it is particularly important to understand their function in our body. In the present study, Dr. Somekh chose to concentrate on metabolic receptors and growth hormone receptors. Researchers are currently familiar with some 1,000 different receptors, 60 of which have a known metabolic function. Some of these receptors have functions and active mechanisms that have not yet been deciphered. The method developed by Dr. Somekh is based on the analysis of data for expression values of tens of thousands of genes, taken from biopsies of hundreds of subjects.

In light of the success of this method in predicting the known metabolic functions of receptors, Dr. Somekh then applied her method to 700 receptors and identified a group of 21 receptors that the method predicts to be metabolic, but which have not previously been recognized as such, or whose function has remained unknown. Thus the method predicted a group of metabolic receptors that standard biological research would have taken many years to identify these as metabolic.

It emerges that one member of this predicted group has only recently been recognized as a metabolic receptor, further reinforcing the validity of the new method. “Only now, over 10 years after it was discovered, researchers are beginning to recognize that the PLGKRT receptor, which is connected to a ligand that plays a role in controlling inflammation and clotting, plays a crucial metabolic role in fat cells. Our method predicted this in a much shorter period of time. Of course, ultimately biological research will have to confirm the findings through biological experimentation. But the method that I have developed allows them to stop ‘fumbling around in the dark’ among hundreds of receptors, and to concentrate on those identified by the method,” Dr. Somekh concluded.