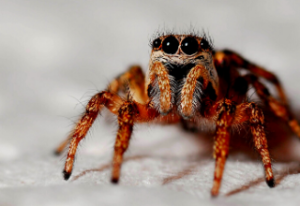 Perhaps surprisingly, when people expected spiders – they were less afraid of them. A new study at the School of Psychological Sciences, published in the journal Behaviour Research and Therapy, found that anticipating spiders leads to a fall in attention bias, thereby potentially reducing anxiety. “The findings of this study complement those of other studies showing the uncertainty impairs our cognitive abilities and contributes to a higher level of anxiety and depression. This study shows that as certainty rises – even if it is certainty about something we perceive as negative – cognitive impairment falls. In the current context, the Coronavirus epidemic has significantly increased the sense of uncertainty. It is possible that if we can increase the feeling of certainty, the sense of anxiety among the public could be moderated,” suggests Dr. Hadas Okon-Singer, the head of the Cognition-Emotion Interaction Lab, where the study was held.

Attention bias is regarded as a basic mechanism in anxiety disorders and phobias. The common assumption is that reducing attention bias may reduce anxiety. In the case of arachnophobia, attention bias is reflected in the fact that people who have a phobia about spiders spend more time looking for spiders than those who do not share this fear, and when they identify a spider, they become “fixated” on it and pay cognitive prices as a result.

In the present study, Dr. Okon-Singer, doctoral students Elinor Abado and Jasmine Sagi, and master degree student Nir Silber, all from the School of Psychological Studies, cooperated with a team of researchers from Belgium and Switzerland. The researchers sought to examine whether it is possible to change attention bias among people who suffer from fear of spiders if the level of uncertainty is changed. The participants – including people with a high level of fear of spiders and those with a low level of fear – were presented with 300 matrices. Each matrix was comprised of nine pictures, eight of which showed butterflies while the ninth was either a spider or a bird. For each picture, a hint was also provided suggesting whether the ninth picture was a spider or a bird. Attention bias was measured by the speed and accuracy with which the participants managed to identify whether the picture was of a spider or a bird, depending on the preceding hint (if it matched the deviant picture or mismatched it). –

In order to vary the levels of certainty, in one experiment most of the deviant pictures were of birds, while in a second experiment most of the deviant pictures were of spiders. A previous study by Dr. Okon-Singer used a similar paradigm. “When the participants realized that in most cases they were seeing a bird – regardless of the hints we provided – they became more certain than in the next picture, too, they would not see the object that frightens them. Conversely, when in most cases they saw a spider, they became more certain that the next time they would be exposed to the frightening object. When they were unable to identify a pattern, they remained in a state of uncertainty,” the researchers explained.

The findings showed that attention bias was reduced as the level of certainty rose, when either type of deviant was presented more often, be it a bird or a spider. . The attention bias was particularly severe when the participants did not know what to expect – a bird or a spider. In these cases, they were unable to use the surrounding hints to respond according to the task.

The researchers explain that the findings of their study can serve as a foundation for research relating to cognitive training and to the development of innovative treatments for phobia, since until now this field of research has paid little attention to the aspect of certainty. According to Dr. Okon-Singer, growing awareness of the importance of the sense of certainty is also being reflected in other fields. For example, a study conducted at her laboratory a few months ago during a Coronavirus lockdown found that the sense of uncertainty was one of the main factors influencing feelings of depression and anxiety among the public. “It seems that uncertainty is one of the main hallmarks of the current period. We don’t know how long this situation will continue, we don’t know whether the education system will be opened or not and whether the lockdown will continue. We are basically in an uncertain situation. In light of the findings of the current study, it could be worth examining whether increasing uncertainty – even when it relates to a negative reality – may actually be preferable to maintaining a state of uncertainty,” she concluded.