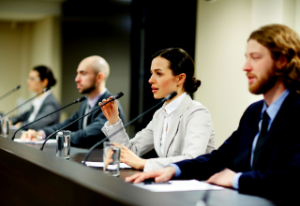 Are women leaders coping better with the COVID-19 pandemic? A new study at the University of Haifa found that the average mortality rate from COVID-19 in countries with women leaders is lower than the average rate in countries led by men. However, this applies only regarding countries characterized by a national culture that is highly tolerant of situations of uncertainty. “The reason for this may lie in a correlation between such a national culture and the leadership style embodied by many women leaders,” comments Prof. Dana Vashdi, one of the authors of the study.

Since the outbreak of the Coronavirus crisis, some people have claimed that women leaders are coping more effectively than their male counterparts in addressing the spread of the virus in their countries. The prime minister of New Zealand and the president of Singapore have often been mentioned as proof of the impressive achievements secured by women leaders in preventing and reducing morbidity in their countries. However, no scientific proof has previously been offered for this claim.

In the present study, doctoral student Talia Gore and Prof. Dana Vashdi of the School of Political Science sought to examine whether women leaders are indeed coping more effectively with the spread of the virus in their countries than male leaders elsewhere. The researchers based their examination of the national mortality figures for COVID-19 for all 185 countries that provided information about cases and deaths relating to the first ten months of the outbreak (January-October 2020), as published by John Hopkins University in the US. These countries include all 22 countries led by women (as prime minister or president). In addition, the researchers also examined medical, economic, and social variables that could explain the mortality rates in the various countries. The variables examined included: number of hospital beds per 10,000 residents; median age of the population; population size and density; GDP; type of regime; the number of women in parliament and in the government; and the imposition of various health provisions, such as the obligation to wear masks and restrictions on movement (shutdowns). For each country, accepted sociological cultural indexes were also collected relating to the level of collectivism, hierarchy, tolerance to uncertainty, and division of functions in society. The index for tolerance of change was taken from a broad-based international index that has been used since the 1980s. “In the past, a formative study was undertaken examining the cultural values of thousands of residents of different countries. Among other aspects, the study measured the extent to which residents are tolerant to vague and uncertain situations. These scores have been reexamined in thousands of instances since then and no change has been found, proving that cultural values change very little over time,” the researchers explained. For example, a country characterized by a high level of intolerance to uncertainty is one where the citizens attach great importance to the sense of security, are worried by vague situations, and seek absolute truths and values. People in these countries are usually more stressed and anxious and are afraid of anything that is different or new. Conversely, in countries with a low level of intolerance to uncertainty, situations of uncertainty are perceived in a more positive manner. The residents of such countries show lower levels of anxiety and stress and regard changes as something attractive and intriguing. By way of example, Israel is considered a country with a high level of intolerance to uncertainty (81 out of 100), whereas the US and Sweden show lower levels of intolerance (46 and 29, respectively).

The findings of the current study show that since June 2020, the number of deaths from COVID-19 in countries led by women was significantly lower than in countries led by men. In October, the number of deaths per 100,000 people in countries led by women averaged 11.91, compared to 13.56 in countries led by men. It was also found, however, that the advantage of women leaders was present only in countries characterized by a national culture that is tolerant of uncertainty. People who belong to such a culture are more positive about changes and less anxious about new and unfamiliar situations. ‘We know from previous studies that women leaders typically show what is known as a “inspirational” leadership style. They are usually more charismatic, considerate, and inspiring than male leaders. This style is regarded as more appropriate and acceptable in societies that have a high level of tolerance to uncertainty. However, we did not examine in this study what leadership style the women leaders adopted in practice, so that this hypothesis requires testing,” Prof. Vashdi emphasized.

The study also showed that the greater the number of women in senior political positions, the higher the mortality rate from COVID-19 – even in countries led by women. “Surprisingly, we found that variables we expected would influence mortality rates proved to have no impact at all. For example, we did not find any connection between population density, the number of hospital beds, and shutdowns and the number of deaths from COVID-19 in various countries. By contrast, morbidity rates were found to be connected to the number of women in parliament– and the connection was positive,” doctoral student Goren added.

“The study findings underscore the complexity of the connection between gender, leadership, and culture. It also highlights the importance of ensuring that the leader’s behavior and the policy they adopt are compatible with the cultural values of the society they lead,” the researchers concluded.