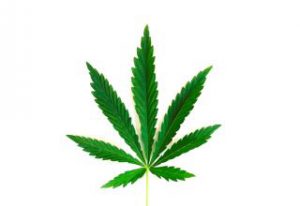 Does the use of medical cannabis impair cognitive function among the elderly population? A new study undertaken at the School of Public Health found that cognitive function (in areas such as concentration, memory, and learning abilities) of elderly patients receiving medical cannabis for the treatment of chronic pain is no different from that of patients not receiving medical cannabis treatment. “A growing number of elderly people have been using cannabis in recent years to treat pain. Our study is a first step toward a more accurate evaluation of the risk-benefit balance concerning the use of cannabis among this population,” explain Dr. Sharon Sznitman and Dr. Galit Weinstein, two of the authors of the study.

Chronic pain affects between 19% and 37% of the elderly population worldwide. Increasingly more patients and medical professionals seek to alleviate chronic pain symptoms through the use of medical cannabis. According to the researchers, most of the studies undertaken to date have examined the impact of cannabis use on cognitive function among young people. “From previous studies, we know that medical cannabis can have long-term effects on the brain when it is consumed at a young age. However, the same effect may not necessarily be found when it is used at an older age,” they explain. In the new study, published in the journal Drug and Alcohol Review, researchers Dr. Sharon Sznitman and Dr. Galit Weinstein from the School of Public Health, together with Dr. Simon Vulfsons of Rambam Medical Center and Prof. David Meiri of the Technion, sought to examine the effect of treatment with medical cannabis among elderly people suffering from chronic pain. The research included a total of 125 chronic pain patients over the age of 50, 63 of whom held licenses to use medical cannabis, while 62 did not. The average age of the participants was 62. Cognitive function was examined by means of a series of computerized tests evaluating the functioning of psychomotor reactions, concentration and memory, and learning capability. The participants in the study were asked to refrain from using cannabis for three hours before the test, so that their cognitive abilities were examined when they were not under the immediate influence of cannabis.

The results of the study did not find any significant difference between cognitive functions – including concentration, memory, and learning abilities – between older people suffering from chronic pain who use medical cannabis and those suffering from similar conditions of chronic pain but who do not use cannabis. “Although the patients treated with cannabis had been using it consistently for at least one year, we did not find that their cerebral functioning was poorer than that of individuals of similar age and background diseases,” the researchers emphasize.

“The findings of our study could alleviate concern among physicians in the field of chronic pain, and among older patients suffering from such pain, regarding the possible effect of cannabis on cognitive functioning. However, further studies are needed in order to substantiate the findings of this study. These studies should include brain imaging and additional means for the evaluation of cognitive function,” the researchers concluded.